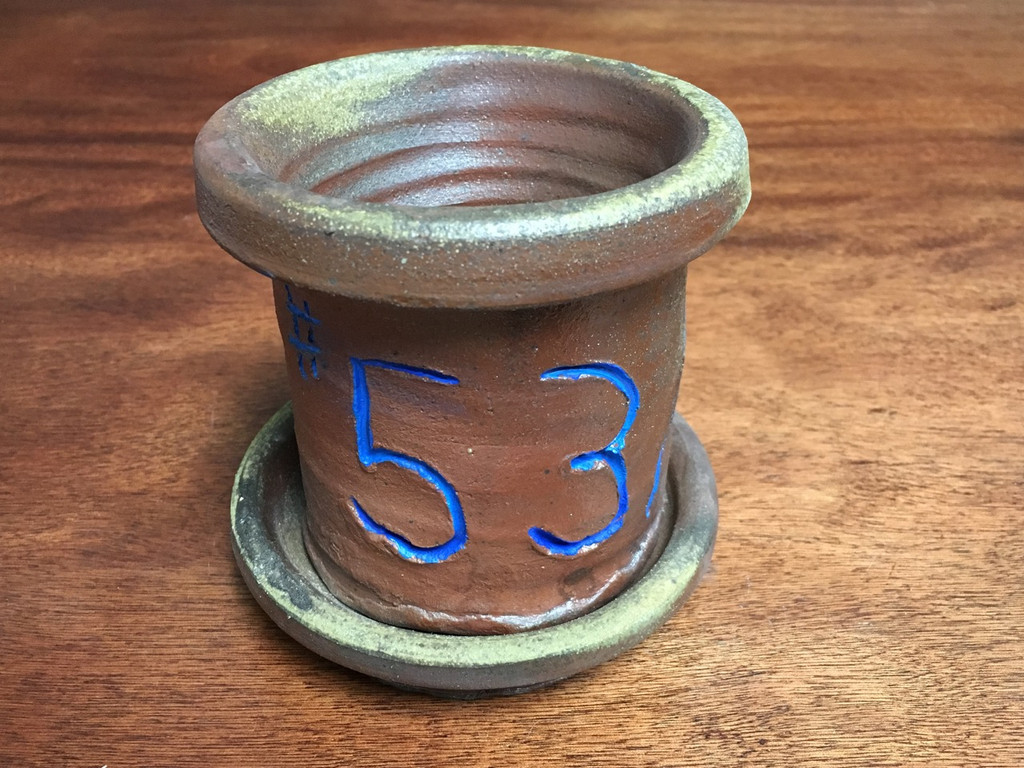 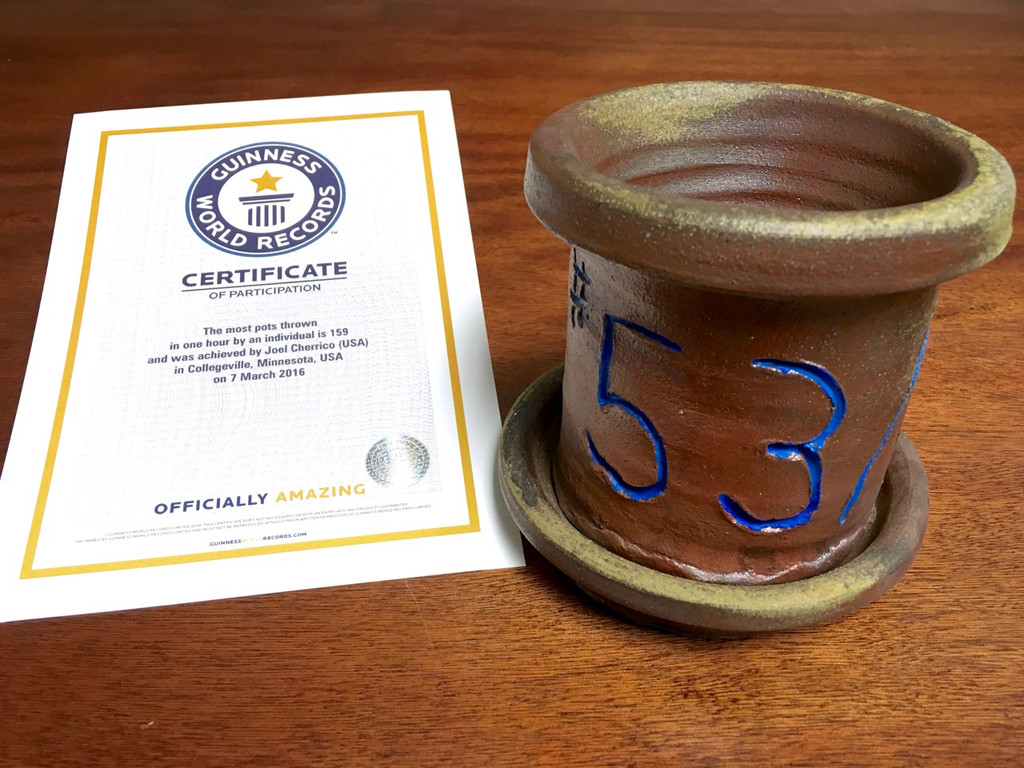 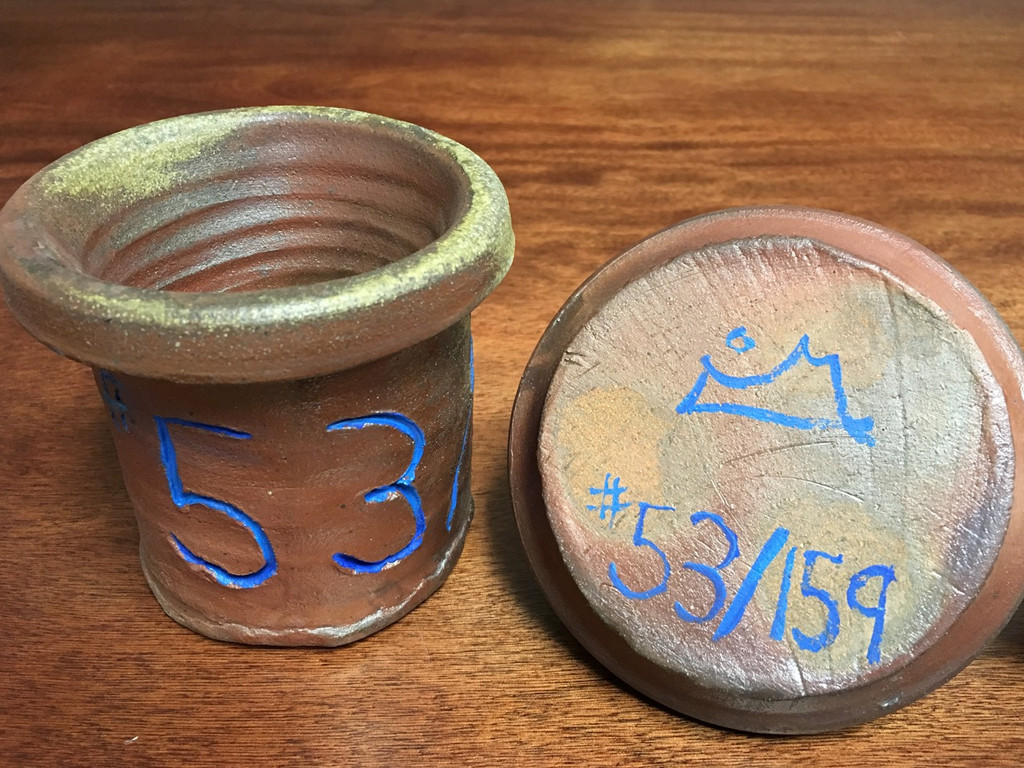 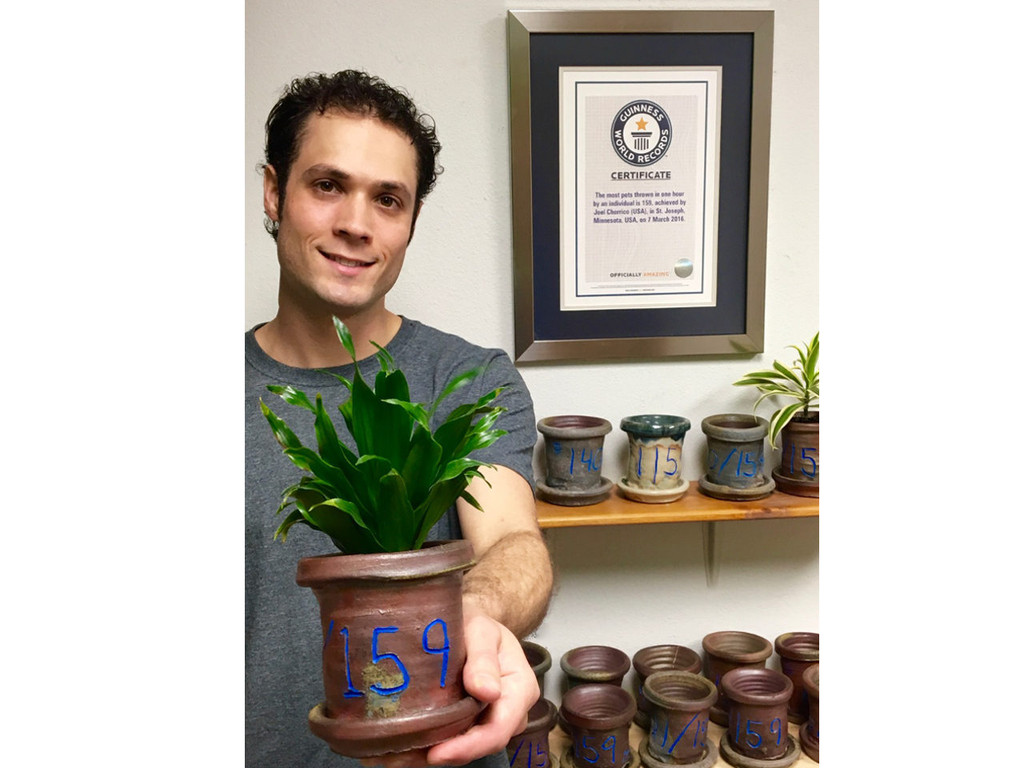 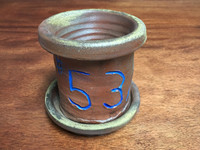 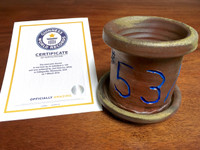 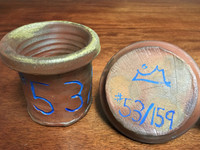 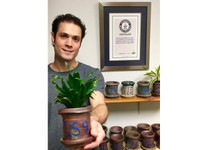 NOTE: Joel Cherrico is no longer the official Guinness World Records™ holder for the title, and you can view the current record holder on their official website here. However, this important project is notable in Joel Cherrico's lifelong pottery journey.

On March 7, 2016 we made history. The Cherrico Pottery team documented Joel breaking the Guinness World Records™ title for "Most pots thrown in one hour by an individual." Watch it here:

Official Guinness World Record title: Most pots thrown in one hour by an individual

The record was 150, and Joel threw 159 pots in one hour. He performed this feat on a traditional Japanese style kick wheel, instead of an electric, motorized wheel like the previous record holders. He added this extra level of difficulty because he is committed to using his art to inspire people globally to attempt and achieve great goals.

Each pot comes with one official Guinness World Record certificate and a protective folder. With your purchase, you are directly participating in this record. Your certificate from Guinness World Records lets you be involved as an Official Participant, because you are now part of this remarkable accomplishment by showing your support and buying a limited edition planter.

The pottery type required for the official record was a planter. After setting the new world record, Joel brought all 159 planters back to his studio and finished them with the following pottery processes: 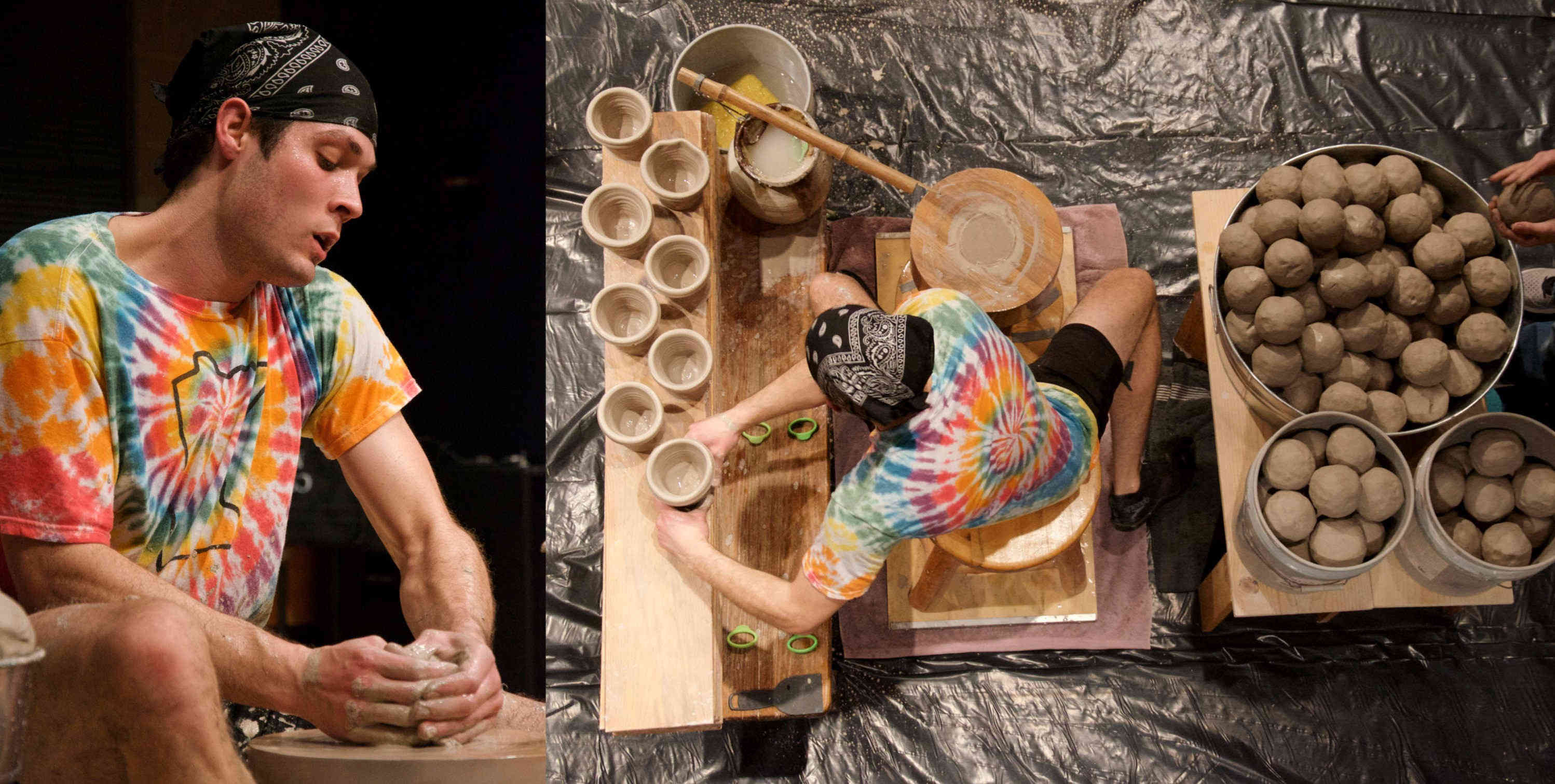 This planter was fired nonstop for four days in a wood burning kiln on the College of St. Benedict campus. Joel frequently participates in firing this kiln at his alma mater campus, which is near Joel's pottery studio in St. Joseph, Minnesota, US. 2400 degree Fahrenheit heat changed the clay to ceramic, while naturally coloring the pot with fire and ash.

After the firing, Joel added blue paint to the surface of the pot and wiped the paint away using an "inlay" technique. The resulting pot has a rustic, natural surface with deep blue color highlighting the carved numbers.

*This photo is an example of the pottery process only, not the actual pot you will be purchasing. Plants are not included.