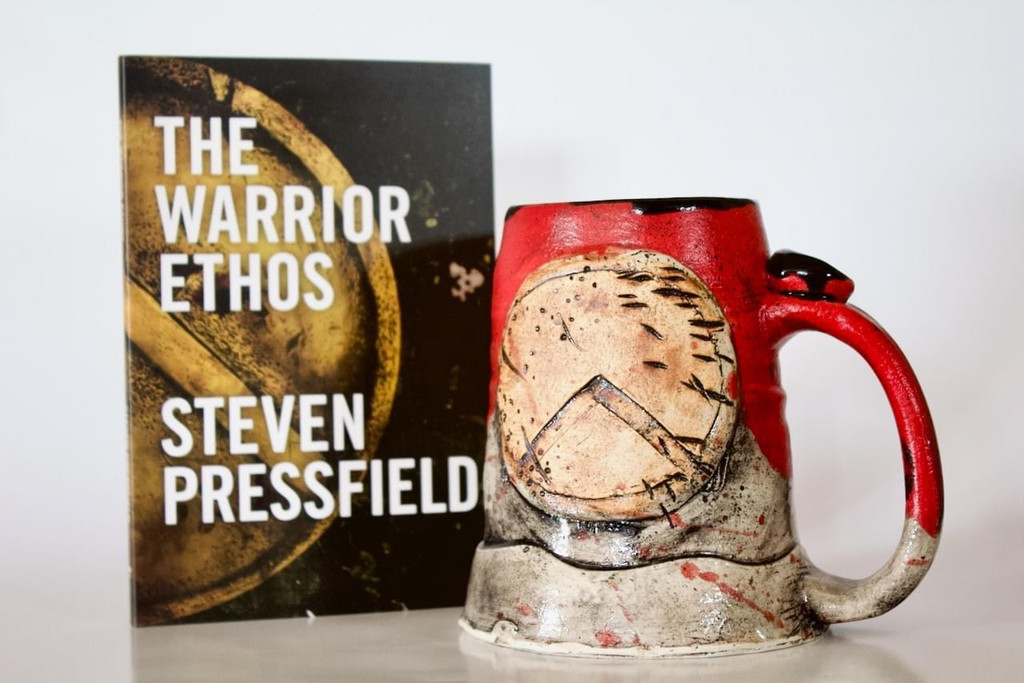 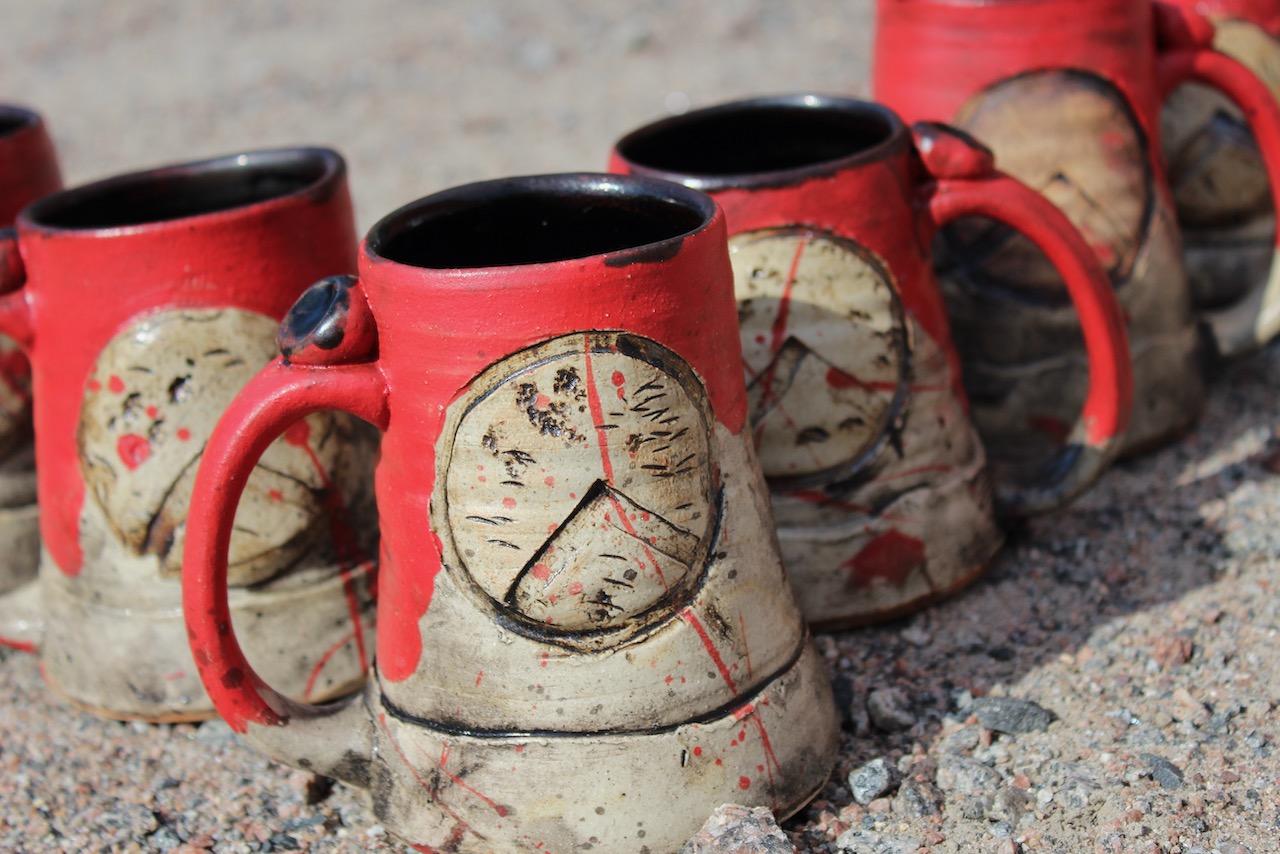 This mug is a collaboration between author Steven Pressfield (stevenpressfield.com) and potter Joel Cherrico (cherricopottery.com). Every mug ships with a copy of, "The Warrior Ethos" by Steven Pressfield. Every book is hand signed/autographed by Steven. Joel and Steven share all revenue from the sales of their collaborative art 50/50.

These mugs are inspired by the ancient Spartan warriors who fought in the famous Battle of Thermopylae, which happened almost exactly 2,500 years ago from August, 2020. Legend tells how 300 Spartan soldiers fought to defend their homeland against an invading army of millions.

Steven Pressfield is an acclaimed author who writes about ancient Spartan culture in his world renowned books Gates of Fire, The Warrior Ethos and more. Researching Spartan battle equipment, Steven became intrigued by one passage from Plutarch’s Life of Lycurgus. The passage is not about shields or swords or armor but about a common drinking mug.

"...the Spartan kothon or drinking cup...is especially valued for use on [military] campaigns. Visibly off-putting elements in [stream or river] water which had to be drunk were concealed by its color, while the dirt in the liquid was trapped in the lip, so that what reached the mouth for drinking was cleaner.”

No one today knows exactly what this ancient vessel looked like. Steven challenged potter Joel Cherrico to recreate a modern-day version.

Joel handcrafted a mug with a wide base and black interior, with the shell tapering to a compact drinking lip. On the outside, Joel added a design inspired by the Spartan battle shields, which bore the Greek letter lambda. Lambda stood for Laconia (or Lakedaemon), the region of Greece of which Sparta was the principal city. It became a symbol of pride for the warriors of Sparta and an emblem of terror for any force that had to face them on the battlefield.

Joel used a red glaze inspired by the scarlet cloaks the warriors of Lakedaemon wore to war. The color was meant to obscure the sight of blood, so that if an individual Spartan was wounded, his incapacity would be hidden from the enemy.

Today, most of us will never drink from mud puddles or be called upon to forage under combat conditions for the necessities of life. But we all face harrowing battles in our own lives: pain, injustice, even death. This mug lets you drink your morning coffee inspired by the superior equipment, training, discipline and fearlessness of the ancient Spartans.

All pottery is handmade by Joel Cherrico and the Cherrico Pottery Team. All of our Stoneware and porcelain pottery is 100% food and non-toxic. Mugs are meant to be used and enjoyed daily. Mugs are dishwasher safe, but we recommend hand washing all pottery. Most mugs are microwave safe but some experimental colors might have metal colors that cause the pottery to be non-microwaveable.